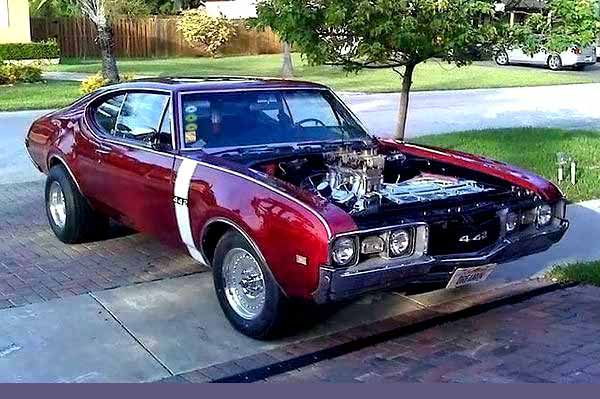 1968 was a very big year for the 442, starting with the fact that it was finally made into its very own model. From the time that the first 442 was released in 1964 up until 1967, it had been purely a performance package that could be added to the F-85 or Cutlass midsized Oldsmobile lines. With stellar sales and growing interest in the muscle car class as a while, Olds wisely decided to put the 442 out on its own.

Also wise, if the sales numbers from the year are any indication, was the new restyle of the vehicle. The new fastback put the 442 in line with most of the other popular muscle cars of the day. It was available in three different models: Sport Coupe, Hardtop Coupe and Convertible. Though the parking lights/turn signals had split up each pair of headlights starting the year before, this was exaggerated in 1968, giving the front of the car a more aggressive look.

Total production for the year stood at 33,607, which was around 9,000 more than had been produced the year before. This number included 4,282 sport coupes, 24,183 hardtop coupes and 5,142 convertibles. Every model was offered with the same standard features and options.