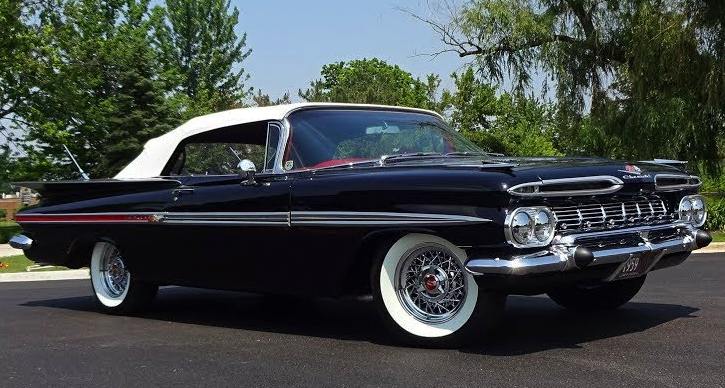 Introduced in 1958 as part of the GM’s 50th Anniversary models, the Chevy Impala was a big success and helped Chevrolet to get back its number-one production spot.

The Impala featured here is a 1959 model, which has gone through concourse quality restoration, and looks magnificent all the way around. The video was filmed while the classic car was for sale at Corvette Mike Midwest few years ago.