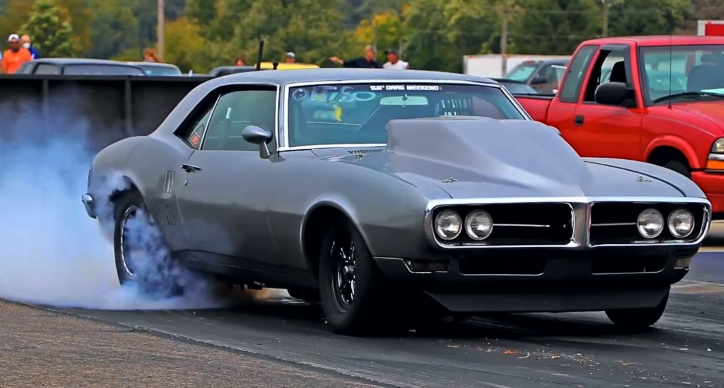 As not all gearheads have the time to attend Hot Rod Drag Week, Nathan Shaw of “One Guys Garage” and a group of friends decided to have their own event by traveling 3 states and race on 3 tracks during the weekend.

They showed up at Byron Dragway, where my man James Hrovat filmed Randy Belehar pulling couple of awesome 1/4 mile hits with his wicked 1968 Pontiac Firebird. He ran 9.42 at 153mph on the test pass, and after putting the Nitrous in use the 511 cubic inch powered 1968 Firebird scored 8.62 at 155mph. Not bad for a street car, right?

Check out the video to see this menacing 1968 Pontiac Firebird drag racing at Byron.