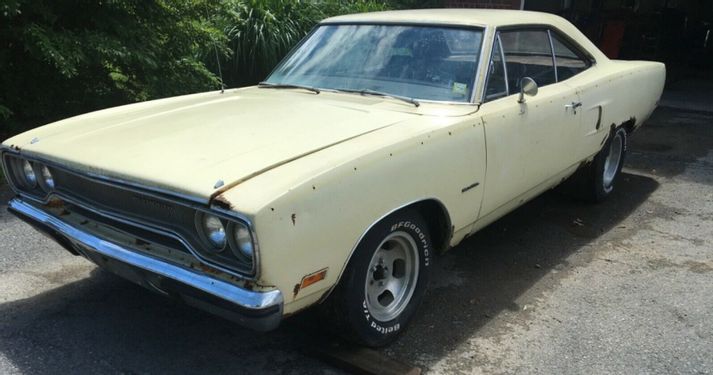 Before Plymouth’s demise and absorption by parent company Dodge in the 1990s, the automaker turned out an impressive array of cars, muscle and otherwise, from the Barracuda to the GTX. Almost forgotten in the myriad of rollouts when Plymouth was in its prime was the Satellite, which was seen as little more than a budget-conscious sedan. But as gearheads who normally prefer upgrading muscle cars continue to move towards remodding more quaint classic cars, some Satellites have since enjoyed newer leases on life. Cases in point include one that was restored with a swapped 900-horsepower Hellcat V8 and another outfitted for the drag strip. All those anecdotes create some speculation over the fate of one 1970 Plymouth Satellite that’s been in a barn since 1992 and was up for sale on eBay as of Tuesday.

There’s certainly interest in this model, with roughly 70 visitors viewing it only every hour. It’s so far gone through two owners, the latter responsible for relocating it in a rural shelter somewhere in the state of New York with 69,511 miles on its odometer. The yellowish two-door hardtop’s body seems to be in reasonable shape with a few rust spots here and there, which is to be expected after being abandoned for years. According to the owner, that rust is also present on the front floor plans and rear frame rails beneath the front floor, but that’s the extent of it.

Under the Satellite hood is the original 318 engine, although astute potential buyers will likely notice a few parts missing. Those pieces have since been stored in boxes and presumably are part of the sale. It turns out that the first owner was in the process of swapping out the factory motor in favor of a 383 V8 engine, which would have given this satellite 435 horsepower and 445 pound-feet of torque. So, some assembly is definitely required, although if it helps, the car can easily be rolled and steered onto a trailer.

For this Satellite, the owner is asking $7,495, including a $500 non-refundable deposit, with the balance to be cleared within five days before the car is physically transferred to the new owner.