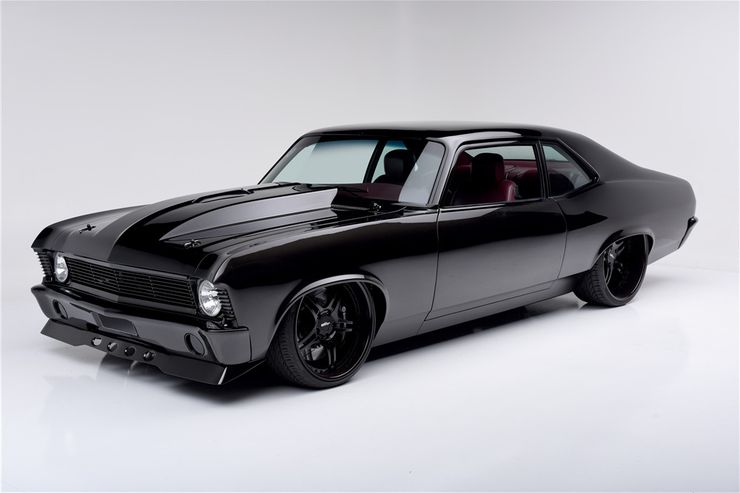 Chevy’s affordable compact of the ’60s and ’70s, the Nova was a simple and affordable vehicle that could be turned into a wicked muscle car from the factory with the SS trim.

Originally a name for trim levels on the Chevy II compact, all Chevy IIs would be referred to simply as the Nova starting in 1968. Perfectly simple in its design, the Nova looks great on its own, but when given a custom treatment can become a badass sledgehammer on wheels. This one, in particular, is a prime example of that, built by Australian customizer Rides by Kam, it lays down 1,500 hp thanks to two superchargers, and looks absolutely sick with the murdered-out paint scheme, and aggressively functional stance.