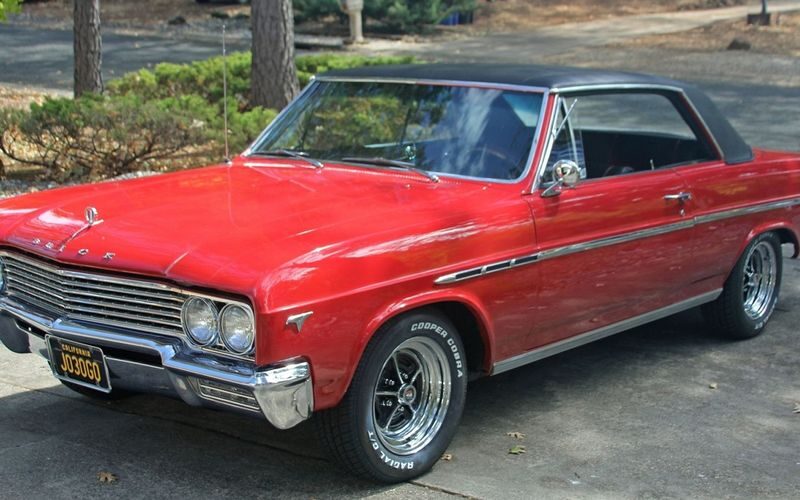 The Buick Skylark was GM’s transitional car. It was an effort to create muscle cars of all types when the demand for them was booming.

Although Buick didn’t always hit it big with their Skylarks, there are some pretty rare finds too. The Skylark models actually had more to offer than what was seen on the surface.

With that comes the 1965 Buick Skylark, which is indeed a classic car that is hard to pass on once you come across one. It’s time we take a detailed look down memory lane, to 1965.

The Buick Skylark was always a victim of time. During its six generations that spanned 46 years, the car experienced dramatic changes in its design.

It was a victim of the fast-growing changes in technology, tastes, and standards. That meant we never got a firm design out of it.

Still, the most standout of all the models is the Gran Sport. Buick made it available in the year 1965. Even that had many design options with a coupe, convertible, or solid hardtop.

More variants entered the mix through the years with respect to newer laws and road regulations. Later on, the Skylark also became mid-sized due to GM’s new A-body platform.

It meant a better wheelbase, an upgraded interior, and special trim packages. The topless Buick Skylarks enjoyed more of these features but were offered as upgrade packages for its hardtops.

The four-door Skylark sedans were also part of the ballgame starting 1964. It had a 225 cubic inch cast-iron V-6 engine as its standard. A 300-cid V-8 available was also an option.

1965 was the year of the two-door sedans, and, pretty soon, more variations of the V-6 and V-8 Skylarks. The 1965 Gran Sport was more of a GTO knock-off offered in its three body types.

Sadly, Buick dropped the ball in design when the time came for its fifth generation. While it still had the decent V6 engines. It was a far cry from how they started, especially with their mid-sized muscle cars of the earlier generations.

International relations played a huge role in this decline. This brought Buick to end their muscle car models entirely.

For the 1965 model, cast-iron blocks and heads were used for all engines. It was also the first time four-door sedans were offered alongside its two-door models.

The 1965 Buick skylark also had a high-level exterior and interior trim. It’s something that separated them from the Special and Special Deluxe models prior.

The 1964 Pontiac Tempest, LeMans, and GTO were the inspirations for offering the first Gran Sport models in 1965. It was the first time Buick went big with a 325 hp, 401-cubic-inch-V8 engine.

A Carter 4-barrel carburetor fired the 1965 Gran Sport’s V8 with a heavy-duty radiator and dual exhaust to make sure it sustains such performance.

Interestingly, the limit for mid-sized models was only 400 cubic inches. This brought Buick to market the 401 as a 400.

A standard for all 1965 Buick Gran Sport models was its cloth-and-vinyl seats. Buick offered an option for an all-vinyl interior as well.

The convertibles had all-vinyl bucket seats as their stock but are only an upgrade option for the hardtop coupe. All Skylark models had Buick’s traditional VentiPorts integrated into its body.

Among all models, it was the Skylark Coupe was the one with the lower and more road-hugging profile.

The Gran Sport models went head to head with the GTO and the Cutlass Supreme. 1965 was also the year Buick first stepped up with the Skylark. It was also what set the tone for the following generation.

Buick hit it big for General Motors with the 1965 Gran Sport models. They were about bridging the gap between high-performance and affordable luxury vehicle.

It was actually the best of both worlds, especially with the Gran Sport. It stood out even against its GM’s luxury line in the Cadillac.

The 1965 Buick Skylark Gran Sport offered the same ergonomics and smooth handling to make its owner flex such a status symbol.

Buick was lagging behind the powerhouses in muscle cars, but the Gran Sport competed with the Ford Mustangs and Chevy Camaros back then.

Not bad for a mid-sized body with a full-sized engine.