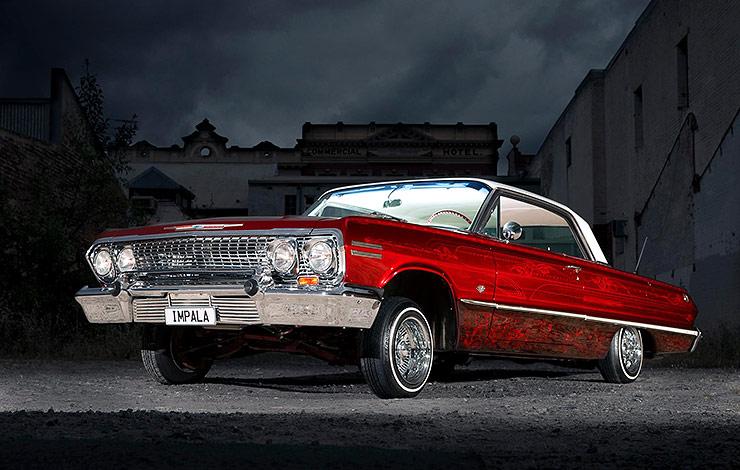 Nicknames and themes are as much a part of lowriding as Locs and 13-inch wires. This is a tradition that dates back to the late ‘70s; a testament to each builder and constructing something that is as much a part of them as their first kid.

Here’s a testament to true lowriding, past or present, US or Oz, which now resides in Perth. It goes by the name “Sueño De Guerrero”, which translates to “Warrior’s Dream.”

Dre said it best – “So sit back, relax, and strap on your seatbelt. You never been on a ride like this befo’.” And true to this, we can vouch for the Warrior.

This lo-lo is like no other. Roger De Gois purchased and imported it from San Francisco, now it’s owned by Ashley Jackson. The identity of the ‘G’ who originally built the vehicle was Mike Valdez, and it’s safe to say he knew a thing or three about customisation.

Uniquely customised, these lowriders are in immaculate showroom condition, having won awards both in the USA and here in Australia. Making its debut appearance in the Australian scene at Canberra’s infamous Summernats, the Tre took out Top Graphics in the Elite class.

With all the blood, sweat and tears, it is clear the endless hours that have been invested into the ’63. With Candy Apple Red paint, pin-stripping, airbrushing, plus silver and gold leaf, it’s hard to not sit and stare at each panel for hours. Airbrushed on the boot lid and flanks is an Aztec Warrior theme, hence the vehicle’s name “Sueño De Guerrero.”

Without trying to sound to LBC, how can you resist from hittin’ switches something chronic while Snoop’s spittin’ “Fallin’ back on that ass with a hellified gangsta lean” out of the speakers. Ashley can choose from a whole bunch of slick moves and combos, from front-to-back, side-to-side, seesaw and pancake.