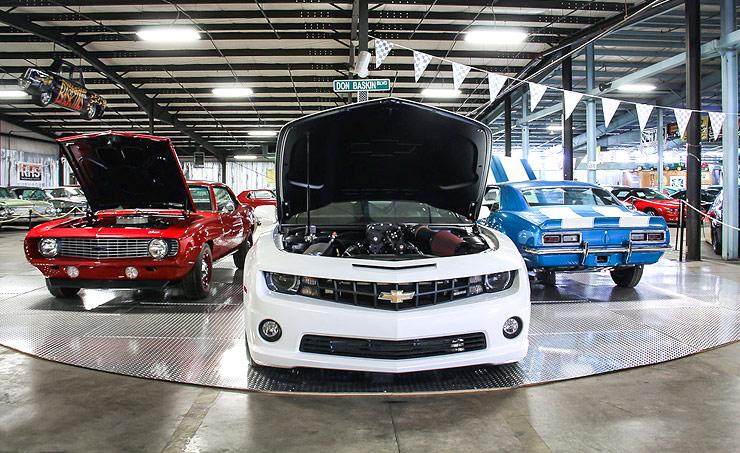 Don grew up a car guy through and through. By 14-years-old, he was building his own car, and by 16 he was bracket racing Saturday nights. He was a young man when the muscle cars of yester-year were lurking the streets. Many caught his eye, but shiny COPO Novas and Camaros captured his heart, so much so that by the tender age of 17 he picked up his first COPO – a ’68 Nova.

You may be scratching your heads about a ’68 COPO Nova. Our friends at Super Chevy Magazine released a fantastic article stating there were 50 produced to homologate the car for Stock and Super Stock Automatic transmission classes. Fred Gibb, of Fred Gibb Chevrolet in LaHarpe, Illinois, spearheaded the project with Chevrolet’s Product Promotion Manager, Vince Piggins. The Novas were stuffed with the L78 396 and mated to a TH400. Like all other COPO programs, it was given a specific internal number, that number was 9738.

After many weekends spent racing his Nova he knew he had to own its unrivaled sibling – a COPO Camaro. So, when Don was 21, he added a ’69 COPO Camaro to his repertoire. That means Don, a young man in his early 20s, already owned two COPOs – more than most of us will own in a lifetime!

Racing and driving his COPOs further fueled his passion for Chevrolet Performance cars, and in 1993, after Mr. Baskin’s business became a thriving entity, Don purchased the crème de la crème of Camaros – the 1968 Camaro Z/28. It is still wrapped in its original paint, sports its original brake shoes and contains its original interior. That makes it extremely special in itself, but it’s Don’s favorite car because of its racing heritage. Prior to Don’s owning, the car lived a ¼-mile at a time, which explains its low 20,000 miles.

As the years passed, Mr. Baskin began to collect more rare performance Chevrolets. For years, Don had been looking for the baddest of the bad, a 1969 ZL-1, to become the pinnacle of his collection. Finally, Don found a lovely red ZL-1 that featured the all-aluminum 427, heater delete and factory radio delete. Those options made it a factory racecar, and Don didn’t think twice.

It is one of the rarest Camaros on the planet. So rare, in fact, that Chevrolet Performance collected images of Don’s ZL-1 for historical significance. Even other prominent collectors have taken notice of Don’s prized possession and offered him seven figures for it. Don’s response? “Not for sale.”