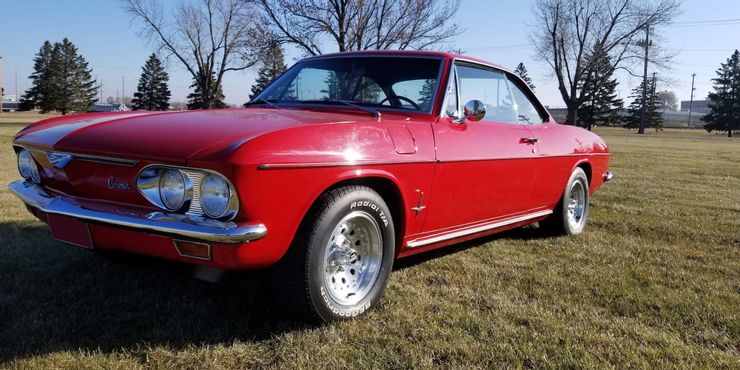 The 1960s are known as the golden era of the muscle car. In fact, the decade saw the apparition of the legendary Mustang and its archenemy the Camaro. Moreover, the Corvette received a much more interesting facelift. The Stingray was a game-changer, especially the L88-powered version.

The Corvair Monza was only in production between 1960 and 1969. During its tenure, the Corvair received some poorly powered engines in comparison to most iconic Chevy cars. Fitted with a 2.7L flat-six producing 180 hp at best, it was nowhere as powerful as the Corvette or Camaro of the same era. A Corvair Monza in great condition can be obtained for about $10,000.