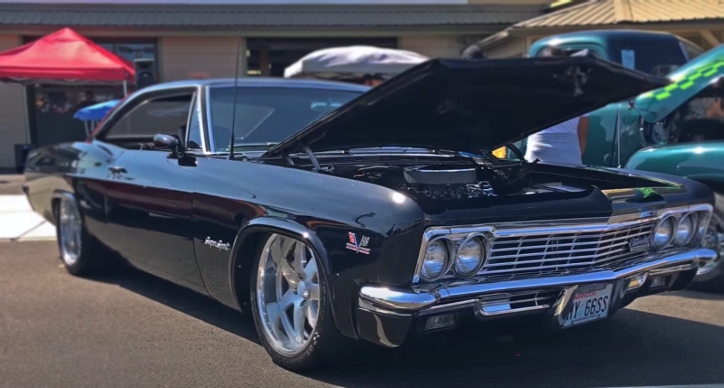 Gained this exemplary vehicle in 1980 for the ludicrous $50, invested critical measure of energy and cash to reestablish it today Kenneth is a glad proprietor of an awesome Pro Touring 1966 Chevy Impala, which imparts a carport to his ’66 Chevelle SS.

You can advise that a ton of thoughtfulness regarding subtleties has been paid while reestablishing the vehicle. In spite of the fact that the Black Lacquer paint was laid 20 years prior it is as yet perfect and the incredible position is accomplished with RideTech suspension and Rushforth Wild Side edges.