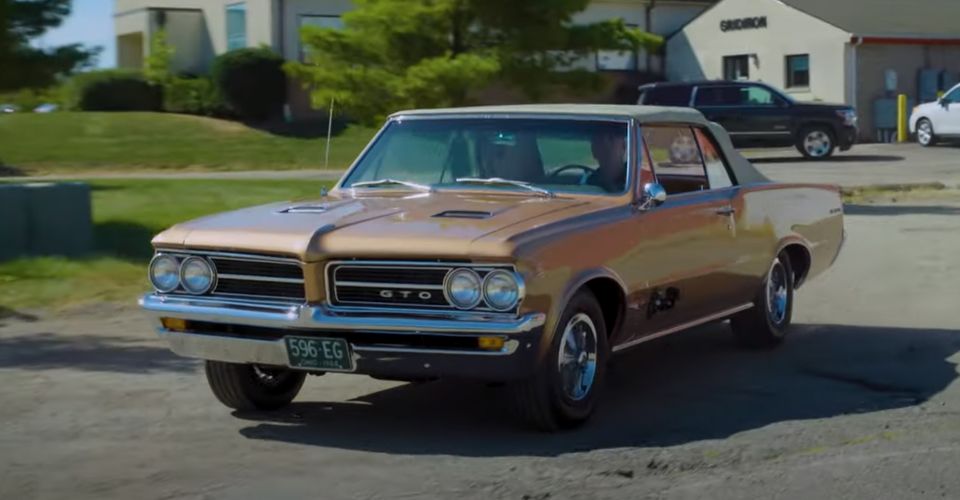 If AMC ever were to create an automotive apocalypse series called The Driving Dead, here’s a worthwhile candidate for the lead: a rust bucket that used to be a 1964 Pontiac GTO abandoned for 30 years in some barn near Mason, Ohio. But thanks to a small company that specializes in classical vehicle restorations, this GM corpse and original muscle car got the full Lazarus treatment and a much happier ending than the zombies populating The Walking Dead.

According to Chris Winston, who owns CW Restorations, which was given the task of bringing the GTO back from the dead, it was the worst case of rust he had ever seen. Everything that was metal had turned to rust, right down to the frame. What wasn’t metal, especially in the interior, was damaged by wild animals that at one point or another made the GTO a temporary home.

Winston managed to restore much of the frame and body but had to rebuild the motor, brakes and suspension. The engine, a 389 cubic-inch V-8, which could generate 348 horsepower, also came with chrome valve covers. This particular car had dual belts on the alternator belts for power steering as well as an upgraded braking system.

The hardest part of the job was finding a frame that would hold the V-8. Winston also had to replace the interior and trunk flooring, brakes and suspension. Fortunately, several unique features remained intact, including the wooden steering wheel, a rarity at the time.

Since the restoration, the owner has been besieged by offers up to the six-figure level. But Winston found the massive makeover to be a labor of love. “I prefer the classic car just because they have character,” he says.

One person who would likely agree with Winston is Justin Timberlake who proudly drives a 1967 Pontiac GTO. Although Pontiac was terminated during the financial crisis of 2008, the Ohio restoration serves as one reminder of the automaker’s legacy.