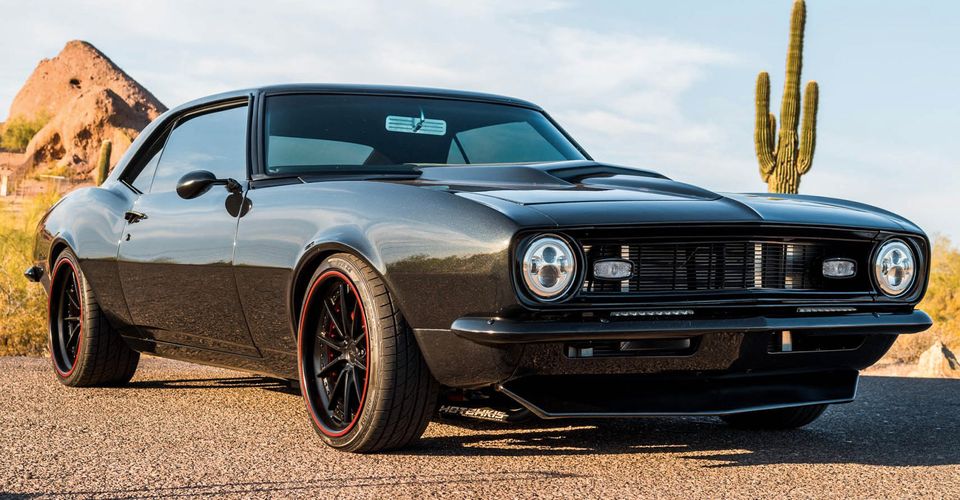 If the extensive aftermarket automotive industry reveals anything about today’s modern gearheads, it’s that nobody can be satisfied with a simple sports car that remains in stock, factory spec. From backyard builders that customize their Miatas to tuning shops that consistently crank out ever more powerful versions of today’s muscle cars and supercars, the aftermarket has become so widespread and ubiquitous that even dealers are getting in on the action from the get-go, as proven by a recent posting by an Ohio Ford dealership for a Roush-supercharged Mustang with 750 horsepower on tap for under $45,000. But there’s still something about the old classics that today’s modern monsters can’t keep up with—so a perfect restomod that combines vintage styling with modern performance and creature comforts truly is the best of both worlds. And restomods don’t get much better than a 1968 Chevy Camaro that just popped up on the auction website Bring a Trailer.

The heart of the build is a 6.2-liter LS3 that lurks under the hood and itself modified with a cold-air intake system and a billet front drive accessory pulley kit. Billet valve covers, fuel rails, an aluminum radiator with two electric fans, and even a transmission cooler fit into the mix—that tranny is a good-old six-speed stick shift, by the way. The build was reportedly completed in 2017, though the car looks absolutely timeless finished in Carbon Flash Charcoal over RSV three-piece wheels measuring 19 inches in diameter.

The interior has been retrimmed in black upholstery and Alcantara with contrasting red stitching. The billet steering wheel is a Budnik unit and fronts Dakota Gagues with carbon fiber facing, an 8,000-RPM tach, and a 160-mph speedo. Other amenities include a JL audio system with Bluetooth and even a Vintage Air system. Bidding currently sits at $33,000 with six days remaining in the auction.