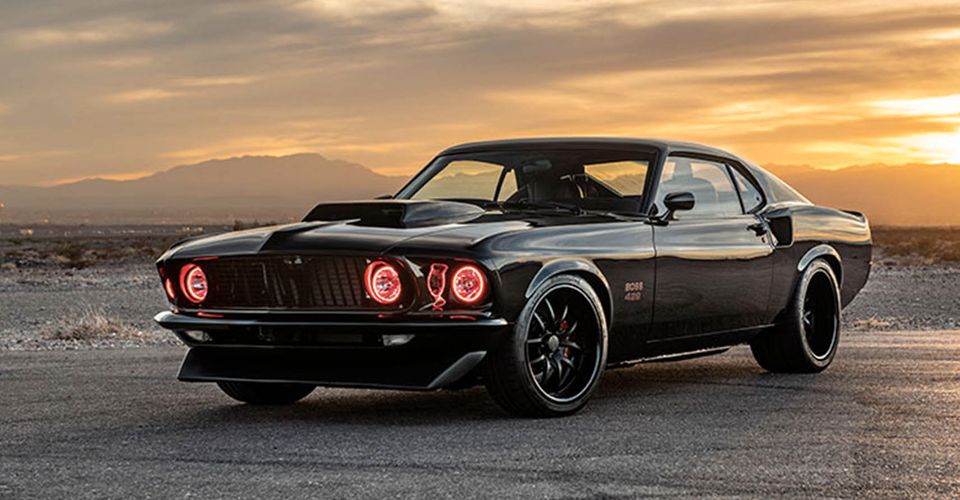 As the automotive industry struggles to regain its footing following coronavirus shutdowns and supply shortages, the effects of the pandemic on the collectible and aftermarket industries remain to be seen. While anticipated events like the Pebble Beach Concours d’Elegance may have been canceled, plenty of amazing cars have popped up on websites like Barrett-Jackson, Mecum Auctions, and Bring a Trailer. Shows planned for later in the calendar year may still be able to proceed as planned, which makes it all the more surprising that Classic Recreations has chosen now as the best time to list for sale a hardcore 1-of-1 Boss 429 Mustang that was built for SEMA.

Classic Recreations specializes in officially authorized Shelby and Mustang continuations, pairing modern power and performance upgrades with factory-licensed reproduction parts. Entirely new body panels are even available, allowing Classic Recreations to build vehicles like the one in question here to show off the company’s prodigious capabilities. Finished in Vengeance Black, the flawless skin has only 600 miles on the odometer since the build’s completion. Under that skin lurks a beastly John Kaase 514ci crate V8 with hemispherical cylinder heads and Holley fuel injection.

As a show car, this example received pretty much everything Classic Recreations could throw at it. Power is routed to the rear end through a Tremec six-speed stick shift, on the way to a nine-inch Fab 9 rear end equipped with a Posi Traction limited-slip differential and 3.70 gearing. The interior, meanwhile, features a Lecarra aluminum steering wheel TMI custom seats with five-point Camlock seatbelts, and even air conditioining.

A JVC CD player also fits into the mix. Throw in Wilwood disc brakes and rotors all around, 18-inch American Racing aluminum wheels, Magnaflow mufflers, and coilovers suspension at all four corners matched by upgraded sway bars, and the asking price of $204,900 seems entirely justified.