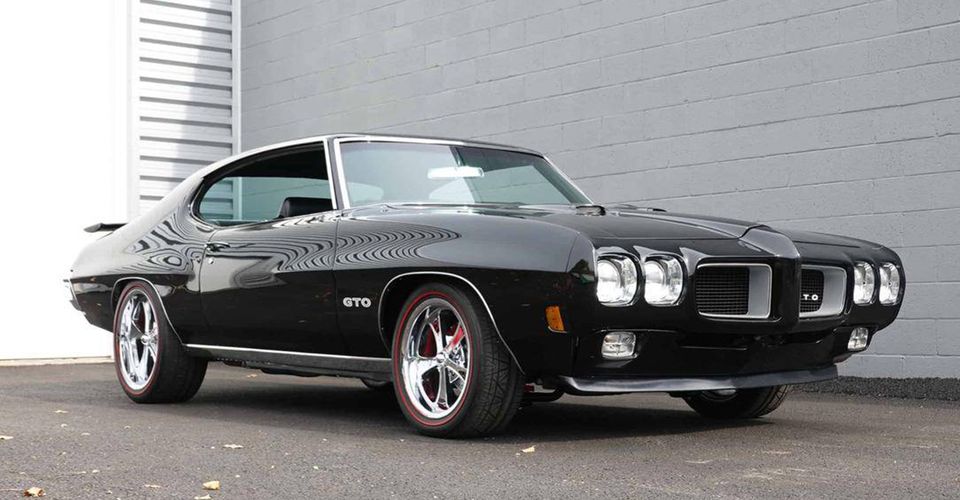 This beautiful restomod was completed in 2018 making this Pontiac GTO a classic restored with a kicking Chevy crate engine.

The old-time Pontiac GTO is definitely a classic that has set the benchmark for performance cars of the past. Starting the craze called muscle cars, the Pontiac GTO can still be called a show stopper today, especially if one has been elegantly restored to look like new. One of these restored Pontiac GTOs is up for sale, and it is worth taking a look.

After years of aging well, this 1970 Pontiac GTO Hardtop became primed for a restoration and modification. This meticulous restomod process was completed in 2018, making this Pontiac GTO a classic model restored with a number of modern elements. Both its exterior and interior are in pristine condition, while its digital odometer reveals that it was only driven for less than 48 miles (when the image was taken).

When it was fully restored from the ground up and modified extensively in 2018 by Tony’s Muscle Cars in Sugarloaf, PA, this 1970 Pontiac GTO Hardtop was transplanted with a new heart. Sitting under its hood is a 6.2-liter Chevrolet Performance LS376/480 V8 crate engine (featuring Chevrolet Performance Connect & Cruise Electronics) acquired in October of 2017.

According to the listing at Hemmings, this mill is tuned to deliver 495 hp of max output and 473 lb.-ft. of peak torque to wheels through a Tremec T56 6-speed transmission. It is complemented by a smooth gloss black frame, AN6 fluid lines, Holley oil pan, as well as polished brake components.